Growing up in Brazil, I played competitive volleyball for six years with my club team Minas Tenis Clube. In 2014, I won a gold medal competing for the Brazilian National team during the World Military Games in Rio de Janeiro.

During this time I was able to learn first hand from not only my role models in the sport but also from the coaches, athletic trainers and rehab therapists who always helped us compete at the highest possible level. It was during that time that I developed my passion for exercise therapy and sport performance which led me to pursuit a career as a Kinesiologist.

In 2014, I decided to leave Brazil and follow my dreams of studying and playing volleyball in Canada. I graduated from Lethbridge College in 2016 with a diploma in Business Administration and furthered my education at Vancouver Island University where I graduated with a Bachelor Degree in Kinesiology in 2020.

BOOK A SESSION WITH ANDRE 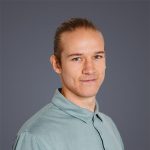 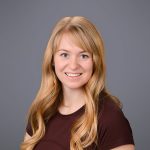