I graduated in 2016 with a Bachelor of Kinesiology with Distinction from the University of Alberta and followed up my undergraduate studies with a Masters of Science in Physical Therapy in 2018. During this time, I played five years with the Golden Bears men’s soccer team, being named CIS Rookie of the Year in 2012. I was a five-time Canada West All-Star, two-time CIS All-Canadian, and two-time Golden Bears Soccer MVP. In 2016/17, my last year of eligibility, we won a CIS/USports National Championship and I was named the University of Alberta Male Athlete of the Year.

I was also fortunate enough to have played professional soccer with FC Edmonton and the Vancouver Whitecaps U-23 team. I have represented Canada at the World University Games in 2013 in Kazan, Russia. I continue to play soccer in the Alberta Major Soccer League and enjoy golfing, alpine skiing, water skiing, and weightlifting.

My passion for physiotherapy has extended throughout my soccer career with regards to preventing injuries and helping people reach their highest capacity in movement and performance. My goal as a physiotherapist is to take this approach into helping enable every one of my patients in their own personal comeback.

BOOK A SESSION WITH NIKO 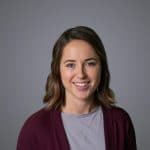